Enviar a mensagem por emailDê a sua opinião!Partilhar no TwitterPartilhar no FacebookPartilhar no Pinterest
Etiquetas: Futebol, Futebol Clube do Porto

TV to serve the music

For the authoritarian nationalist conception of the State represents something essentially new. In it the French Revolution is superseded. (...)
We have modernized and ennobled the concept of democracy. With us it means definitely the rule of the people, in accordance with its origin. We have given the principle of Socialism a new meaning. ... Never have we left anyone in doubt that National-Socialism is not for export. ... We do not aim at world domination, but we do intend to defend our country, and it is our new conceptions which give us the inexhaustible and ever-renewed strength to do so. ... 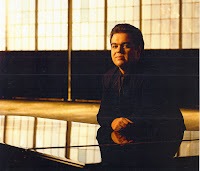 Enviar a mensagem por emailDê a sua opinião!Partilhar no TwitterPartilhar no FacebookPartilhar no Pinterest
Etiquetas: Contra-Revolução, Cristeros, Cristianismo, História, México, Revolução
"The reactionary does not condemn the bourgeois mentality, but rather its predominance.
What we reactionaries deplore is the absorption of the aristocracy and the people by the bourgeoisie.
It is the emasculation of liberty or, alternatively, of equality."