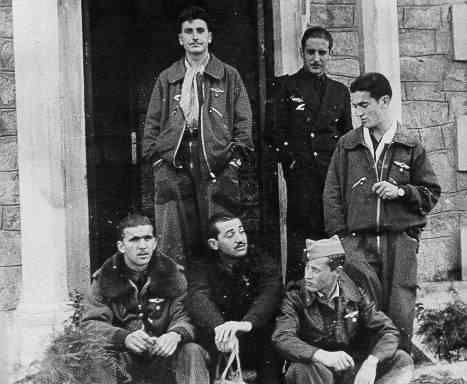 In the case of war, the soldiers of Catholic nations must be thoroughly convinced of the sensibleness of the cause. If these convictions are lacking among Catholic soldiers—who often do not feel bound by the Protestant concept of "duty" (Pflicht), mutinies or mass desertions may easily result. Hence the greater reliability of Protestant groups and organizations bound by oaths, promises, etc. These will act efficiently and according to plan even if their belief and conviction in the cause has vanished a long time ago. "Mechanical action" is fairly alien to the Catholic, who is primarily motivated by his (frequently very subjective) conscience. It seems that only a filial affection can supplant conscience and conviction— a mere appeal to "duty" (or "law") will not do the trick. All of which reminds us of Paul Valéry's outcry about the Germans: "Savoir et devoir, vous êtes suspects". On the other hand, the Portuguese in the Spanish Foreign Legion (the Tercio) were among the best soldiers; during the recent civil war they had accepted the explanation that this struggle was a crusade. But in 1918 they simply had run away before the Germans, since they had not the slightest desire to make Sleswig-Holstein or the Carpatho-Ukraine safe for democracy. The Italian soldier has almost the selfsame reactions. It was said that South Italian soldiers during World War I often applauded with shouts of Bravo, capitano! their officers who, trying to lead them into action, went "over the top". These sons of workers and peasants had not the slightest interest in dying for the cause of a North Italian irredenta, a cause dear to the hearts of their officers with a very different political outlook. Yet to generalize about Italian "cowardice" is nonsense and merely betrays a lack of imagination. The Spanish pride, on the other hand, produces quite different effects. Compare the Spanish proverb: "To the king must be sacrificed one's estate and one's life, but honour is the patrimony of the soul—and the soul belongs to God only."